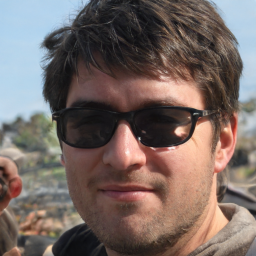 SEO has a lot of different gears like any mechanism. When all of them work in conjunction, that makes things move in the right direction. Now I am going to look at one of the gears that might do the trick called CSS and try to deconstruct it for you as best as I can in a succinct manner.
Table of Contents
1
What is CSS?
2
Why is CSS important?
3
How to insert CSS onto a page
4
What is external CSS?
5
What is inline CSS
6
CSS in SEO: What's the point?
6.1
What is the importance of CSS and HTTP/1.1?
6.2
What is the importance of CSS and HTTP/2?

CSS stands for Cascading Style Sheets. These are used in relation to HTML to help it understand design markers in the content.

It is easier to understand CSS when you start working with classes. You are able to set classes, for example, fonts to be specific size with the use of CSS element. Subsequently every time you perform said action the font will remain universal for each document.

Why is CSS important?

The ability to separate design from document content provides tangible speed advantages. Individual HTML documents become shorter as design instructions are outsourced. Moreover, the site manager doesn't have to make sure that each document contains all the necessary design instructions. This can greatly reduce the administrative burden, especially with a large number of documents. I can also tell browsers how long a CSS file can be used (and how it can be cached). This means that the browser doesn't have to load the file every time, which improves load time.

How to insert CSS onto a page

What is external CSS?

In order to aggregate information in a CSS file and reference it we will use HTML:

This means that the file “main-stylesheet.css” has to be used to show the content of the HTML document correctly.

What is inline CSS

You can also add styles directly in HTML. You just need a <style> tag.

Now the browser would know that all elements with a class = "img-responsive" should use the style instructions above.

CSS in SEO: What's the point?

The ability to define style information once and apply it to all subpages offers natural advantages for search engine optimization as well. With the appropriate instructions in the CSS file, you can define exactly how a file will appear in desktop and/or mobile browsers. As a result, you can create a responsive design all at once that all subpages can benefit from, eliminating the need for two versions for desktop and mobile.

In addition, CSS has been used for many years to improve the loading speed of many websites. This became necessary when multiple files were needed for the site to display properly. In the old HTTP standard, HTTP/1.1, the large number of requests led to longer loading times, the only reason being that browsers allowed a maximum number of connections. With the new HTTP/2 standard, this limitation no longer applies.

What is the importance of CSS and HTTP/1.1?

In HTTP/1.1, most browsers only allow 6 simultaneous connections per host. In addition, connections are terminated after a resource transfer. This can lead to increased load times simply due to latency (which is especially noticeable with mobile connections). You can also load the graphics used on the site as a large image sprite and then use CSS to display only the parts of the image that contain the desired graphics.

What is the importance of CSS and HTTP/2?

With the new HTTP standard 2.0, the limitation of the maximum connections is lifted and the connections can be used for more than one resource. As a result, the latency of the connection setup plays a much smaller role in the page speed.

A few interesting facts about CSS